The common theme of today’s readings is metamorphosis or transformation. The readings invite us to work with the Holy Spirit to transform our lives by renewing them during Lent so that they may radiate the glory and grace of the transfigured Lord to all around us by our Spirit-filled lives.

"His face shone like the sun;” Matthew says, "and his garments became white as light." Moses and Elijah were talking to him. There was a bright cloud overshadowing him and out of it a voice saying, "This is my beloved son, with whom I am well pleased; listen to him." The three disciples who witnessed the scene "fell on their faces, and were filled with awe" (Matthew 17:1-6).

It is as strange a scene as there is in the Gospels. Even without the voice from the cloud to explain it, they had no doubt what they were witnessing. It was Jesus of Nazareth all right, the man they'd tramped many a dusty mile with, whose mother and brothers they knew, the one they'd seen as hungry, tired, and footsore as the rest of them.

But it was also the Messiah, the Christ, in his glory. It was the holiness of the man shining through his humanness, his face so afire with it they were almost blinded. Even with us something like that happens once in a while.

The face of a man walking with his child in the park, of a woman baking bread, of sometimes even the unlikeliest person listening to a concert, say, or standing barefoot in the sand watching the waves roll in, or just having a beer at a Saturday baseball game in July. Every once and so often, something so touching, so incandescent, so alive transfigures the human face that it's almost beyond bearing.

So today, as you remember the transfiguration, let down your guard – and let yourself be changed. Remind yourself that for thousands of years, God has worked through ordinary people; and hold onto the bold and radical truth that today, God is working through you.

In other words, the disciples came down off that mountaintop right into the problems of real life. Home from a mountaintop vacation and into the real world at home.

And the disciples discovered that God is also down in the valley and does not live only or even primarily on the mountaintop.

A little boy was out in his front yard, throwing a ball up in the air. An elderly passerby asked the boy what he was doing. He replied, “I am playing a game of catch with God. I throw the ball up in the air and he throws it back.”

The process is so predictable that you could refer to it as a scientific law. The same process applies to our religious lives. It is a good thing to “go up” to a great experience with God, but we will become greatly disillusioned if we do not remember that eventually we have to “come down” again. John Thomas Randolph, The Best Gift, CSS Publishing Company, Inc.

We only ascend to the heights to catch a broader vision of the earthly surroundings below. But we don’t live there. We don’t tarry there. The streams begin in the uplands, but these streams descend quickly to gladden the valleys below.”

You and I experience the valleys of life. You and I both know what happens the next day coming down from the mountain. It is the real world and the real life. After Sundays of life, there are always Mondays.

You know, the tough ones of life. God is with us there.

During this season of Lent, Jesus invites us to go up the mountain with Him. The mountain experience is being with Jesus in prayer. It is prayer that strengthens our faith and opens our eyes to see God and have a glimpse of heaven.

Let us have more quality time to pray and to listen to Jesus. Then there is nothing to fear for we know God is with us now and for always.

Our Mission
Prayer & Fasting: Knowing that “with God, all things are possible,” people of faith and conscience unite in 40 days of prayer and fasting. Christ told us some demons can only be driven out by prayer and fasting. The two go hand in hand. Prayer keeps us rooted in the fact that it is our desire to carry out God’s will. Fasting is a sacrifice that helps us reach beyond our own limitations with God’s help.
Constant Vigil: The visible, public centerpiece of 40 Days for Life is a focused, 40-day, non-stop, round-the-clock prayer vigil outside a single Planned Parenthood center or other abortion facility in your community. It is a peaceful and educational presence. Those who are called to stand witness during this 24-hour-a-day presence send a powerful message to the community about the tragic reality of abortion. Community Outreach: During 40 Days for Life, the message is taken proactively to every corner of your community. Media outreach is conducted through carefully targeted news stories, talk shows, and editorials. Church involvement begins by meeting with local pastors, other church leaders, and members of different congregations. A door-to-door petition and education drive reaches out to every household in your town or city.
Go here to be a part of this advocate for LIFE... 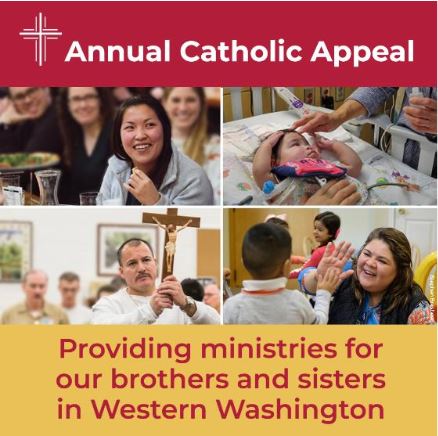 You can make a donation or make a payment on ACA2022 here...

ACA Thank you Video from Archdiocese of Seattle on Vimeo.

Thank you for your generous support of the Annual Catholic Appeal. We couldn’t do it without you. If you haven’t donated, there is still time. Go here to give today... 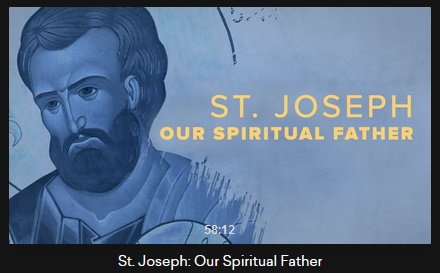 St. Joseph: Our Spiritual Father
While the Gospel has not preserved any of his words, his actions have resounded through the ages. Joseph of Nazareth stands out as the model par excellence of Christian virtue, a brilliant example of obedience to God and trust in Divine Providence. His role as protector of families in the difficulties of life and Patron of the universal Church has never been more clearly needed. Now, the Church is seeking to deepen its understanding of the Guardian of Jesus and of the Holy Family. Featuring interviews with leading experts and theologians, in addition to powerful first-hand testimonials — St. Joseph: Our Spiritual Father provides viewers with a glimpse into one of the most incredible lives in all of human history — a figure whose spiritual fatherhood remains open to all of us. Watch here... 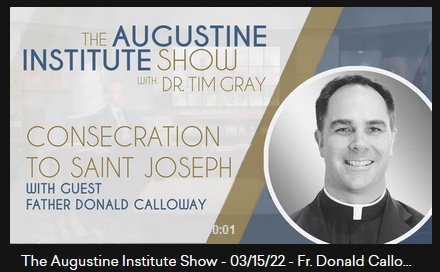 Forgiven: The Transforming Power
of Confession 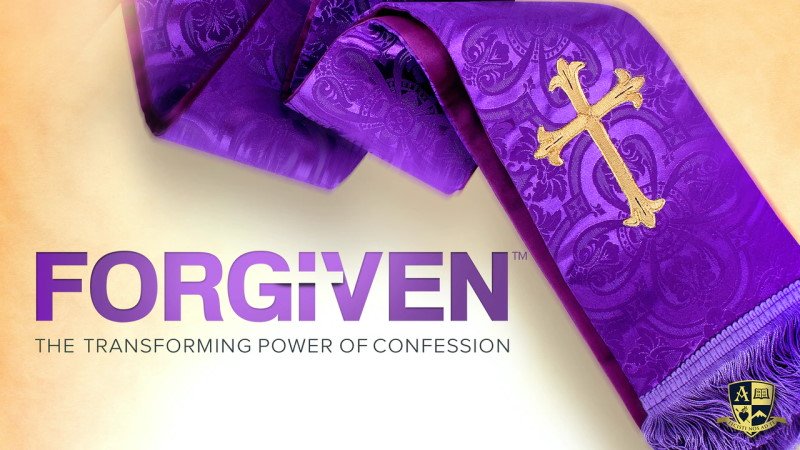 Forgiven: The Transforming Power of Confession, explores the grace and healing offered in Confession and shows how this sacrament of mercy reveals the depth and bounty of God's love. By looking at God's revelation of his mercy in Scripture and making a step-by-step examination of the Rite itself, Forgiven communicates God's invitation to each one of us to come experience his indescribable love in the Sacrament of Reconciliation. The season of Advent is a perfect time for spiritual renewal through encountering God’s mercy in the Sacrament of Reconciliation. 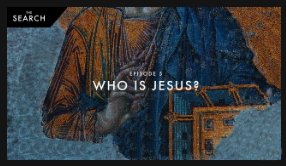 The Search // Episode 5 // Who is Jesus? The most beautiful part of this story is this we can know God's love, personally. This is the person of Jesus. But how did this seemingly insignificant carpenter born into poverty in a dusty corner of the Roman Empire become the most pivotal figure in all of history? Christianity isn’t simply a philosophy for life – the center of Christianity is a person. We look at the life of Jesus and what he came to do. Ultimately, we need to decide if Jesus really was who he said he was. We can’t sit on the fence. Because if Jesus really was who he said he was, we need to make him the Lord of our lives, and everything changes. 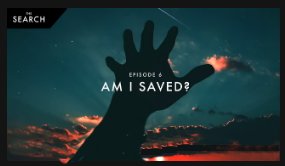 The Search // Episode 6 // Am I Saved? What Jesus did for us through his life, death and resurrection was the greatest act of love in history. He saved us. He did this for each one of us. Personally. But some might feel unworthy of this gift of love. We may feel we have too much baggage. We may feel unlovable. But God didn’t come to reveal himself to us on a pedestal, he came to enter into our messy human condition. To fix us from within. To transform us from the inside out. Some might be surprised by how generous the love of God really is. We don’t deserve God’s love, but that’s the amazing reality of God’s mercy. This relationship with God isn’t all about our love for Him. It’s about His love for us that changes our lives forever.